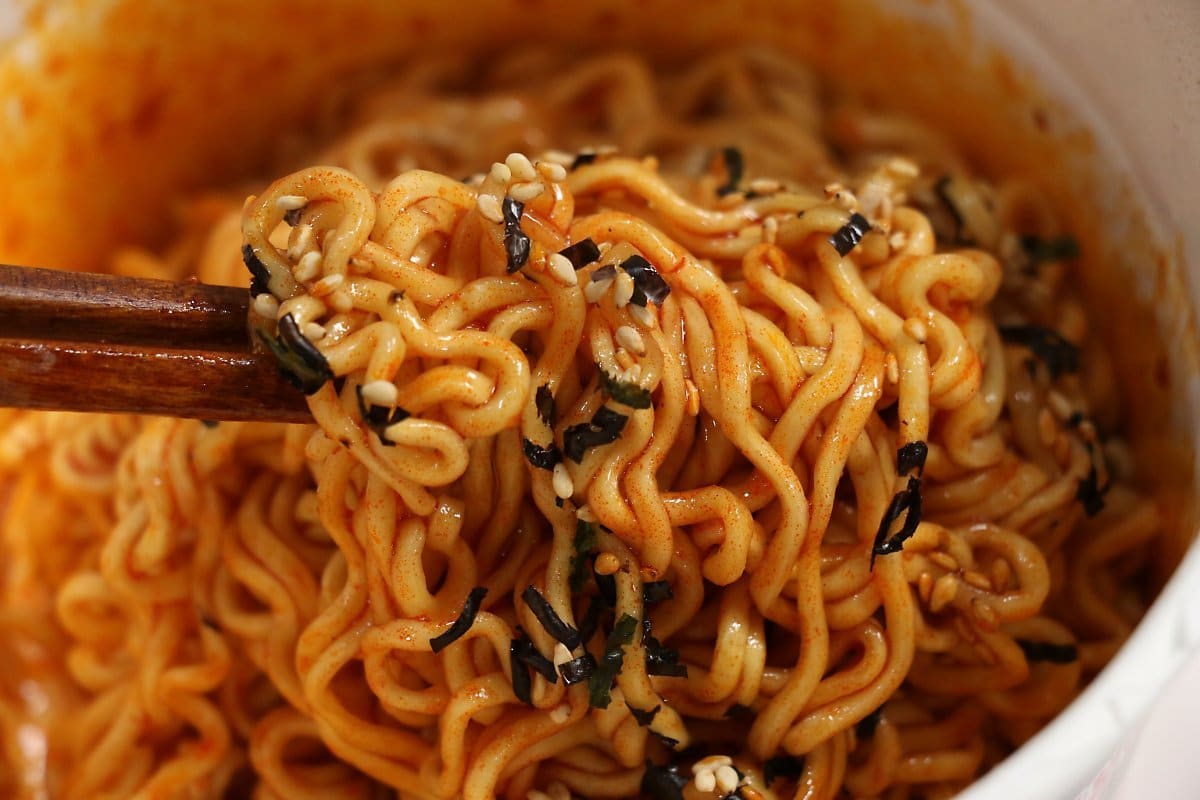 Samyang Hot Chicken Flavor Ramen or Buldak Bokkeum Ramyun, commonly known as the fire noodles, is a brand of ramen produced by Samyang Food in South Korea. Its incredibly spicy taste makes anyone so hard to finish it but because of this mouth-burning spiciness, it makes the spicy food lovers so addictive to it! It is simply perfect for anyone who loves spicy food! Try this if you dare!
Note: Scotville Grad 4,404 SHU. (compared to 5,000 SHU Tabasco or 8,000 SHU Jalapeno-Chili).
Allergic Ingredients: Wheat, Soybean, Sesame

Loved by Koreans and all around world! Ramen, which is a perfect combination with Kimchi and Korean radishes, can be easily cooked by anyone.

Cup noodles are by far the most popular item in Japanese convenience stores! There are even many tourists who buy cup noodles as a souvenir in Japan. Instant noodles are made with noodles boiled once and fried for cooking later time. Nowadays, instant noodles, loved by both Korea and Japan, are said to be invented by Ando Momofuku, a Taiwanese Japanese in Japan after the end of World War II. At that time, there was a lot of wheat flour as a relief item from the US Army.

The first instant noodles were chicken ramen noodles made on the island of Shinshu Shokusan, the predecessor of the Nissin food industry. The early ramen became more popular since then and it is now mostly served in a package and the instant cup.

There are no reviews yet.

We ensure home delivery of each order to the respective customers wherever the location is within the country. Our dedicated team works round the clock to ensure the fastest delivery and minimize the cancelation ratio so that we can ensure our customer’s best interest.

Currently, we deliver by motorbike, and pickup vans based on the size and volume of products.

We usually deliver a product within 48 hours inside Dhaka and 72 hours outside Dhaka. This is the standard service that we provide.